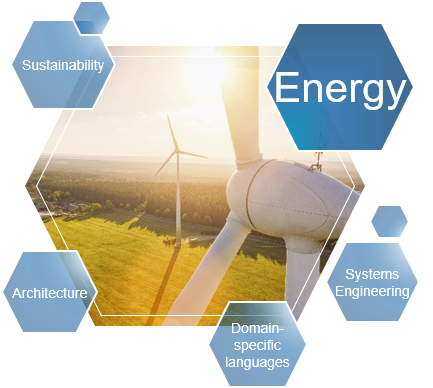 Summary of Most Relevant Topic Papers

In the past years it became more and more evident that saving energy and reducing CO2 emissions is an important challenge. Today housing, offices, shops and other buildings are responsible for 40% of the overall energy consumption and 36% of the EU CO2 emissions. Therefore, the EU 2020 Climate & Energy package sets three key objectives compared to 1990:

Thus, the management of energy in buildings as well as in neighborhoods becomes equally important to efficiently use energy. Improvements in this field can be found at multiple scales: Smart Grids, Demand-Response Systems, Energy Efficient Neighborhoods, Energy Efficient Buildings, User awareness, Micro- and Mini Renewable Energy Sources, to name a few. While there has been a lot of research on increasing the efficiency of single devices and also of single buildings, there is a huge need for ICT based approaches within this field to integrate and combine the heterogeneous approaches. By such an integrated solution the efficiency can be raised even more.

Within several research projects we developed methodologies and solutions for integrating heterogeneous systems at different scales. Starting with single buildings we developed in collaboration with the Synavision GmbH and the Technical University Braunschweig the ICT tool Energy Navigator (see the following figure).

During the design phase, the Energy Navigator’s Active Functional Specification (AFS) [FPPR12], [KPR12] is used for technical specification of building services already. Resulting from a lack of process integration the AFS can close the loop between modeling the structure and behavior of the building and its facilities, measuring operational data from sensors, matching model and operational data during analysis and reporting of the results (see the following figure). The results can be reused to adapt the model or to find faults in the implementation.

Within the Energy Navigator a DSL is used to enable the domain expert to express his specific domain knowledge via first class language concepts. These concepts include Rules, Functions, Characteristics, Metrics, Time Routines and States. Proposed by the DIN EN ISO 16484 a state based approach should be used to describe the functional behavior of facilities. We adapted the well known concept of state machines to be able to describe different states of a facility and to validate it against the monitored values [FLP+11b]. We show how our data model, the constraint rules and the evaluation approach to compare sensor data can be applied [KLPR12].

Moving up the scale we investigated several existing approaches for energy efficient neighborhoods that aim at moving from a local, building specific optimum to a more global optimum. By efficiently using results of simulation and optimization calculated optimal set points for local consumption and generation can be utilized. Therefore, information from several heterogeneous data sources, such as single sensor data, structural data, data on installed devices, geospatial data or weather data is needed. Based on existing approaches we developed a Neighborhood Information Model that follows a metamodel-based approached and utilized code generation techniques to automatically generate adapters between heterogeneous data models. Following this approach we are able to fully integrate the data sources on an abstract level and are still extensible at runtime.

Also Demand Response Systems are used to distribute energy more equally over time and enable a consumption during peak loads. We developed a secure high performance storage that is able to capture sensor data and DR signals.